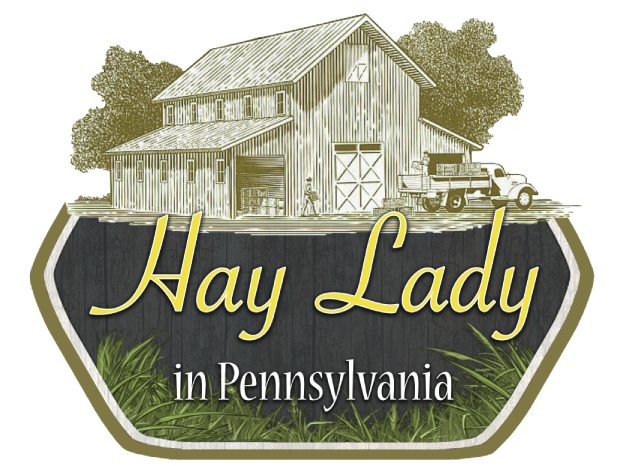 Your horse needs it. It is a valuable source of nutrients and provides the roughage his digestive system needs. But all hay is not created equal. Drought can severely limit your selection and drive up the price. What choices are healthy ones for your horse? How can you critique hay to get the best hay for your money?

Most horses’ diet needs can be met primarily with pasture or hay. Mature horses in light work may not need grain; they can usually get all the nutrients they need from good hay, salt and water. This assumes that your pasture is producing high-quality forage or that you can grow or purchase good-quality, nutritious hay.

Don’t mistake the greenery or dried plants (in winter or drought) of your pasture for feed. Walk around in the field and look to see what percentage of these plants is edible. Weeds grow more easily than desirable plants, particularly when the weather is not ideal. Some weeds are toxic, and while horses generally won’t eat these if there is something better to eat, you don’t want him hungry enough to try them. You may need to feed hay other than during the winter.

Hay alternatives like chopped hay products and hay cubes may be more nutritious than the hay you can purchase. They can be expensive. Even if you choose to feed them, your horse still needs the roughage equivalent of some long-stemmed hay each day.

Providing roughage twice a day is considered by many to be the minimum. We want the horse to have something to chew on for as much of the day as our schedules allow.

The horse’s digestive tract is designed to process relatively low-energy and low-protein forage around the clock. Wild horses spend a great deal of time eating, and they choose their forage carefully from what is available. When we take over the responsibility of feeding, we must provide roughage that will keep the horse’s digestive tract working. Without adequate roughage, digestive disturbances like colic can develop, plus your horse will be more likely to chew on other items—like the wooden fence or the barn.

Providing roughage twice a day is considered by many to be the minimum. We want the horse to have something to chew on for as much of the day as our schedules allow. If you care for your horse at home, throw him a flake of hay when you check on him last thing at night. If you share duties, arrange to have one person feed hay in the morning and the other in the evening. If the only hay available is low in nutrients, it is still important. We can make up nutrient requirements with other feeds.

Make any diet change—for example, between hay types—as gradual as possible. This allows the gut bacteria to adjust and minimizes digestive upset. When possible, plan ahead so you still have some of the old hay left when you purchase the new. If you have to shop around and use different sources (whose hay is different), or if you run out between loads because of availability, start with smaller amounts for the first few feedings to let your horse get used to it gradually.

The two main types of hay fed to horses are grass and legume. Examples of common grasses are timothy and Bermuda; common legumes are alfalfa and clover. Grass hay is generally lower in protein and other nutrients than legume hay. Horses don’t necessarily need legume hay, but the legumes in a grass-legume mix can provide valuable protein. If you usually feed a legume like alfalfa but can’t get it, a grass-legume mix (like timothy with some clover) can be fed along with a protein supplement. Even plain grass hay can be supplemented to total the protein your horse used to get from alfalfa.

Cereal grain hay is also occasionally available. This is the grain (like wheat) when it’s still on the stalk. Mostly, however, the grains are harvested for human use and the remaining roughage is sold as straw.

While straw is usually considered horse bedding rather than feed, many horses will eat it. In times of serious drought, when suitable hay is not available, straw can provide roughage as long as it fits the other good hay criteria (no dust, mold, weeds, etc.).

Hay color can show hay nutrient content, though it’s not an absolute indicator. The loss of nutrients is somewhat linked to the loss of the desirable green color. Bright green is best; green is desirable over yellow or brown. If you are feeding hay for its roughage content, and recognize the horse’s need for additional nutrients, feeding brown hay is acceptable.

Choose soft, pliable stems and leaves over coarse and brittle ones.

The more leaves the better, relative to stems, because the leaves hold the majority of the nutrients in the plant. If you are feeding hay for its roughage value, stemmy hay is OK as long as your horse will eat it. Fine stems are preferable to coarse ones because they are generally more palatable and nutritious, but there is nothing harmful in coarse stems if that is what is available.

Whatever you choose, your horse has to eat it. If he wastes 90 percent of it by trampling it around his paddock, you’re not getting your money’s worth. If you have a choosy horse, he may refuse to eat the new, less tasty, hay. As long as you’ve chosen healthy hay (some horses won’t touch dusty or moldy hay, either), persist in offering him small quantities of the new hay until he eats it.

Whenever your best choice is less palatable hay, feed more than your horse will clean up. Your horse will pick through the hay; while this appears wasteful, it allows him to avoid the occasional weed or a patch that doesn’t smell as fresh. Consider this as insurance against his eating something he shouldn’t.

The average stage of maturity of the plants at harvest is perhaps the most important factor in the nutrition available to the horse. Ideally, hay is cut just as grass heads begin to show and just prior to legumes blooming. This maximizes nutritional content. While preferable, this is not always possible. Dry weather influences the maturation process. There is nothing wrong with hay cut at earlier or later stages, as long as we recognize that it is less nutritious. It is still valuable as roughage and contributes to the total nutrition.

Rain falling on cut-but-not-yet-baled hay leaches out nutrients. Heavy dew causes haymakers to turn the hay additional times before it is dry enough to bale. Drought gives us dry, possibly immature, plants. When leaves are broken and lost during harvest, so is nutrition.

Hay put up too wet will probably mold—usually early in storage. Moisture content that allows the stems to bend crisply, but not crack and break, is ideal (this is 10—15 percent moisture content).

If your only choice is hay harvested a little too wet, store it with as much air circulation as possible around the bales, feed it as soon as possible, and check carefully for mold every time you feed.

Horsemen and hay dealers often generalize that hay from the “first cutting”—the first harvest of the summer—is better than second (or third) cutting hay. Some parts of the country don’t get more than one cutting. In times of drought, the number of harvests decreases. (This is the main reason that the price increases.)

It is best to look at the hay itself, rather than rely on the knowledge of which cutting it was. While the first cutting of the year is often more nutritious, it may have more weeds, or may have gotten rained on during harvest; both decrease its value.

If hay is stored well—dry and out of the weather, and where access by rodents is restricted—it will likely lose color and nutrients with age but is still healthy feed. If the hay gets wet during storage, moldy areas will appear—so sort through each bale as you feed. Last year’s hay can still be a good source of roughage if it was stored well.

Do not accept dusty hay. Dust causes respiratory irritation, which can be followed by a bacterial infection, and it may promote allergy development. White dust is usually fungal spores from mold.

When water is available, slightly dusty (from leaf breakdown during handling, not from mold) hay can be used after soaking each portion for a few hours in a clean muck bucket or plastic trash can until thoroughly damp. The soaking container must be dumped and cleaned between uses or any remaining hay will mold. Spraying the hay with a hose is not effective in penetrating down to the dust.

Absolutely do not feed moldy hay. Exposure to hay molds can cause lifetime respiratory disease like chronic obstructive pulmonary disease (COPD, also called heaves). Hay molds may also contain toxins. Identify mold by its pungent odor and the tendency of hay to pack together rather than separate easily into flakes. White mold and dusty spores may or may not be visible. Try to trade moldy hay to a cattle rancher or dairy herder, since cattle can eat hay which horses cannot.

Some weeds are a nuisance; others are toxic. Good hay contains a minimum of weeds. The more roughage you provide (within reason), the more picky your horse can be; he should avoid most weeds.

Foreign material like trash is to be avoided. If you know the grower and the hay fields, you may be able to predict that trash won’t be included. Regardless, trash sometimes gets baled with hay, so it’s a good idea to keep an eye out for it while feeding.

Roughage is vital. Hay is the best way to provide roughage if you can obtain and afford it. Low-nutrient roughages can be used. Choose carefully to keep your horse healthy.

This article originally appeared in Eclectic Horseman Issue No.9